Autism in the feminine gender 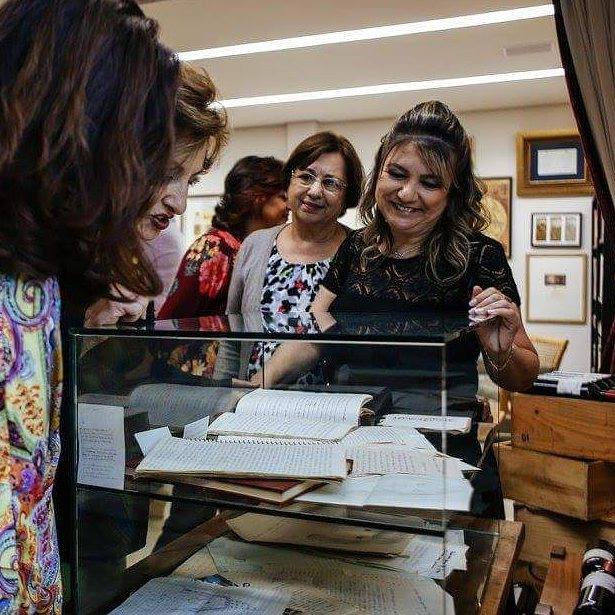 The condition manifests differently in women

“Gabriela is too communicative. She has enjoyed talking ever since she was very young,” says the interior decorator Beth Martins with a guffaw by remembering that her daughter (the gastronomy student Gabriela Martins) has always been talkative. And in fact, during the afternoon we spent together the young-32-year-old woman goes through several subjects with good speech and confidence. The unexpected thing is that the girl was diagnosed with an Autism Spectrum Disorder when she was a teenager, namely Asperger’s Syndrome which is often related to socializing difficulties and by common sense to shyness. But that’s not the case for Gabriela who loves being around people and socializing. “It is how I discharge my energy,” she confesses.

No one thinks of shyness when they see the journalist Selma Sueli Silva in action because she is so joyful and pondered in her opinions as a radio personality and youtuber. Selma is also autistic. However, how could someone with that diagnosis, which affects communication and social interaction, become a successful communicator? During the process of medical discovery, Selma went through a rigorous analysis of her entire life. And she discovered the woman behind the strategies built to avoid suffering. “I realized nobody truly knew me. Looking to ourselves is very hard,” she says.

According to the psychiatrist and pediatrician Raquel Del Monde, many high functioning autistic women show great ease in comprehending the key aspects of social interaction. They develop skills to copy socially expected behaviors by observing other people. Selma knows that many people admire her and she also admires several others. She likes the human being and makes sure to highlight that so she won’t be misunderstood by her friends because of her way. After all, she doesn’t know how to welcome people at home, nor does she go to meetings and parties. In 15 years working at Itatiaia Radio, she went to one end-of-year party and to one station’s anniversary party. “It was stressful, and I was exhausted,” the communicator analyzes. Currently, she works more directly with activism for autistic people and with her daughter’s projects.

According to Raquel Del Monde, the criteria for diagnosing Autism Spectrum Disorder are valid for men and women. However, because women have a better capacity to camouflage their difficulties, the professional responsible for evaluating the spectrum must have a profound knowledge of the person’s clinical condition. Also, the professional must be sensitive to the nuances and subtleties of the disorder’s ways of presenting itself.

Both autistic men and women logically develop strategies to deal with social situations. They agree with their neurotypical peers who intuitively develop the necessary skills. Nonetheless, there were some results achieved in social abilities training groups with men and women in the spectrum. These results suggest that women learn the concepts faster, and are more skilled in disguising facial expressions, body languages and aspects of speaking and of social exchanging.

Still, for the doctor, there is evidence that the female brains’ functioning differs from the males’ in many aspects. Genetic studies point to variations that may be significative early on the embryonary development of the central nervous system of boys and girls. Women, in general, tend to verbalize more often their sentiments and are very observant to peoples’ reactions among them. Some cultural factors also influence the development of social communication.

Girl groups offer more opportunities for symbolic games (with dolls, for example) and social molding (friends that “correct” a certain behavior or give “tips” of how to act in diverse situations). “Moreover, girls’ social inability is often interpreted as shyness, passivity or innocence. For the society, these are more ‘feminine’ traits,” concludes Raquel Del Monde.

Thus, such as Gabriela Martins, whose interests are related to art and human sciences (“I like things that could exist, but don’t”), other girls in the spectrum develop an interest for the fantasy world (princesses, Barbies, ponies) or for animals. Those are common themes in a regular girl universe. Also, for some examiners, these interests are interpreted as good development of imagination’s resources, and they contribute to excluding the diagnosis.

Acting as “expected” and hiding the difficulties of doing it can be a gigantic effort. Routine situations faced daily often demand a constant level of attention and much dedication to adjust to dialogues and interactions, besides demanding a high level of self-control, to hide behaviors considered to be inappropriate. Throughout time, a continuous tension may cause conditions of anxiety and depression which are truly secondary to the main problem. Many women look for medical or psychological help only when they have these issues, reminds the psychiatrist.

Selma has always made a great effort to fit herself into the situation involving many people, at school and family meetings. It was a huge effort to connect with people. And to understand the others. For her, things they said didn’t always make sense and vice-versa. To feel less exposed, she began analyzing who acted happier and more fit than her. And she copied the behaviors she thought would protect her from exposure. “I realized that everyone dealt better with ‘nice’ kids and I tried to become what adults expected of me,” says the journalist who, after a while, divided herself in two: Sueli stayed home, and Selma went to school. “Both worlds could not get mixed up. Only since recently I don’t see myself both as Selma and Sueli. Currently, I’m Selma Sueli Silva.”

Courtney Love – Kurt Cobain’s widow and ex-frontwoman of band Hole, she was diagnosed as autistic at the age of nine. Courtney, who is also an awarded actress, has a career marked by professional success, polemic behaviors, and complicated relationships. Nowadays, at the age of 56, she found balance in Buddhism and yoga, and she also focuses on fashion.

Daryl Hannah – The actress was diagnosed with autism at the age of three. Doctors suggested that she was medicated and hospitalized. Daryl’s mother did not agree with the idea, and her daughter became a very successful actress. She acted in movies such as Splash and Kill Bill movie series, directed by Quentin Tarantino, and was one of the stars in Sense 8 series, on Netflix.

Susan Boyle – Diagnosed with autism after the age of 50, Susan Boyle became famous after a popular reality show of British freshman. She was seen as weird until her voice impressed the judges, and the video with her participation went viral on the internet. She is already one of the most successful singers in the UK.

Temple Grandin – The movie is about the true story of an autistic woman who had a delayed speech and who is nowadays Ph.D. in Zootechny and professor at Colorado University. She was even considered one of the most influent people in the world by Times Magazine. The movie won five Emmy awards, which is the television’s Oscar, on miniseries and tv movies categories.

The Bridge – in the police crime drama, Diane Kruger plays Sonya, an autistic detective. People judging her as weird and with relationship issues are constant in the character’s life. Right and wrong are pretty clear concepts for her. Honesty is part of her daily life. Sonya channels most part of her energy into work, which is common in real life on people in the spectrum.

Jane wants a boyfriend – in this romantic comedy, Jane is a dreamer with Asperger’s syndrome. She wants to date but has difficulties with socialization and affectionate communication. With her sister’s help, Jane searches for the perfect match so she can start dating.

An autistic protagonist in Malhação

In the season of Malhação – Viva à diferença and its spin-off As Five there is, among the protagonists, the autistic Benê, played by Daphne Bozaski. The character is off of the stereotype commonly related to boys with Asperger’s syndrome on television dramaturgy.  She is a teenager with challenges common in a young autistic person’s life, such as taking things literally and difficulty with understanding body language and people’s intentions.

Sophia Mendonça (born on February 6, 1997) is a Brazilian author, journalist, and youtuber. She is also a Master’s degree student in Social Communication from the Federal University of Minas Gerais. Sophia is known for the versatility of his works of fiction and non-fiction, addressing relevant and contemporary themes such as diversity and humanism. She received several awards in her native country, and in 2019 she received the Special Tribute from the European Union program Erasmus+.